I had an acquaintance in Toronto who fancies herself a shutterbug. She walks all around the city snapping photos of whatever catches her eye. She does this on her own, with friends and as part of an informal group.

The city has some vibrant graffiti and murals. Someone had done one of Prince, which she snapped a photo of. Prince as he was in the first flush of mega-stardom, decked out in the white ruffles and purple sequenced jacket. The problem was, it looked almost nothing like Prince. The outfit was correct and served as a visual clue:  “you are looking at Prince”.  Had he had no shirt on (or a different outfit) as occurred in some promo photos and videos, then no one would have had any idea who it was.

A lot of stars, especially artists,  have one or two  images  ingrained in the public’s conscious. This is even more so for musicians of the pre Instagram age.  Record companies, Dj etc all had to have the promotional photos/packs. The publicity photo a pre requisite but not too often updated. Jim Morrison is forever fitting into his leather pants, shirtless or with white pirate shirt, starring back at the camera as he wonders whether it is all worth it, forgetting that Rimbaud gave up poetry to become a white slaver. Jimi Hendrix is caught up in a spider’s web of bandannas and clashing colors as he lights Monterrey Pop on fire. And Prince had the ruffles at the throat and purple sequenced jacket different in color but similar to what Pete Townsend, light years away stylistically from the purple one, wore in the sixties.

So much rock was born out of rebellion, which is why every generation still holds it dear. Lazily resorting to visual shorthand of well known outfits reduces them down to a sort of uniform, very anti-rock (rebellion).

The best art tied in to musicians/artists, they should be recognizable in a different outfit or even just the face.

What makes for an even more worthwhile work is not their recognizably but rather does the work radiate an emotion which in turn makes the viewer feel something. The handicap of doing the visual shorthand of obvious outfit is even with some of the better works, you are freeze drying the emotion(s) to what was offered up in the photo. All photos are the souvenir of a dead thing as the moment has come and gone.

Faces, not necessarily of famous people, have always called to me. To conjure up a face on paper is an important part of what I do. Emotion coming through is the most important facet of what I do.

Here are several faces, done on different types paper. The inherent properties of the papers adding themselves to my voice like spice(s) to a stew. 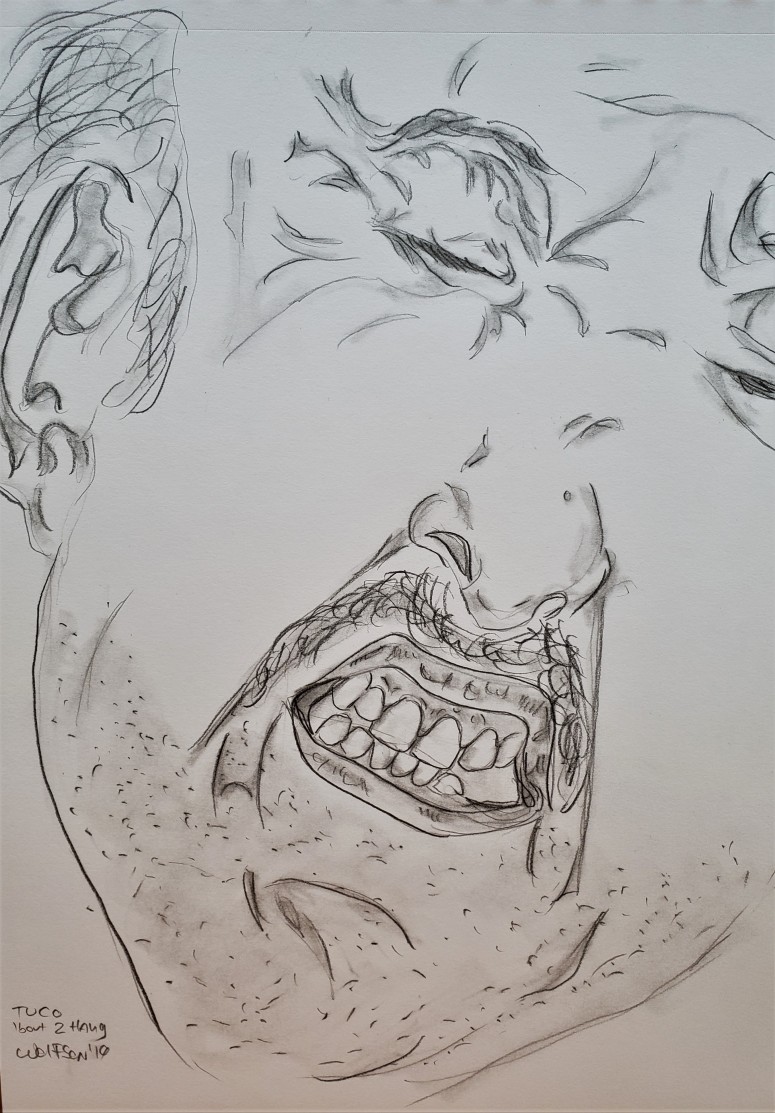