The best art in any medium has the effect of feeling extremely personal to each person who enjoys it even as it touches a multitude. Everyone has “their” author/painter/band/musician. This thing is recommended  to friends or in general conversation akin to how a proud parent talks of their child.

We all make totems of artists & their work. The more levelheaded ways are when we associate it in to the memory of the place/time/person(s) of first discovery. The work/artist can serve as inspiration or a brief respite from daily life with all its mundane commitments.

This is all fine so long as an audience keeps in mind that, although it may not be broadcast, the artists has an intent or idea behind the work which is the absolute truth beyond what one may make of the work. Its true meaning and intent.

Samuel Beckett has always been a favorite author of mine. His work often possesses a density whose meaning on the surface may seem a little open ended, but which is rarely the case.

Anyone with boho or intellectual leanings knows of Waiting for Godot. As for the rest of his work, with the advent of social media Beckett is often reduced down to bumper sticker aphorisms. This reduction is made worse by how often orphaned from the rest of the text, the use and meaning is wrong.

I was once again reminded of this via twitter which is 40% people posting quotes & material by others as to assert their individuality, 40% memes/gifs also by others and 10% original material.

It was the end of the night so I decided to peel off a portrait of Beckett. I used a Blackwing Palomino pencil I wanted to show the depth of his eye sockets and crags without having to rely on heavy shading. This pencil always lends a graphic feel to the work but also allows for volume and mass to come through. 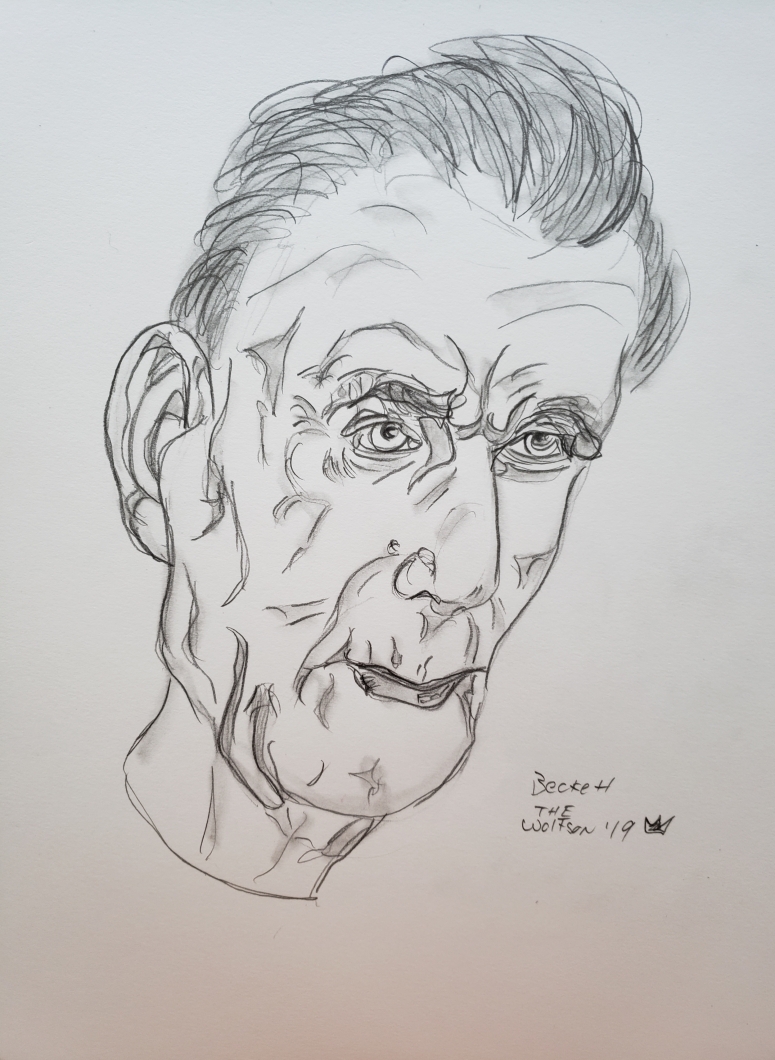