I have just finished my most labor intensive collage. Interestingly, it was far from the largest that I have ever done. I set aside my often used aesthetic of creating the feel of an open ended narrative for something that is just beautiful. I worked no digital magic on the piece, utilizing old school method of scissors and adhesive applied with a brush to photos which I personally took.

I was very pleased with the results of this piece and feel with every new work I learn something. My new camera was used for the photo which definitely helps to convey more of the intricacies of my works.

“For Trummy” (if we ever see each other again, I will look different, you will look the same) 11×14 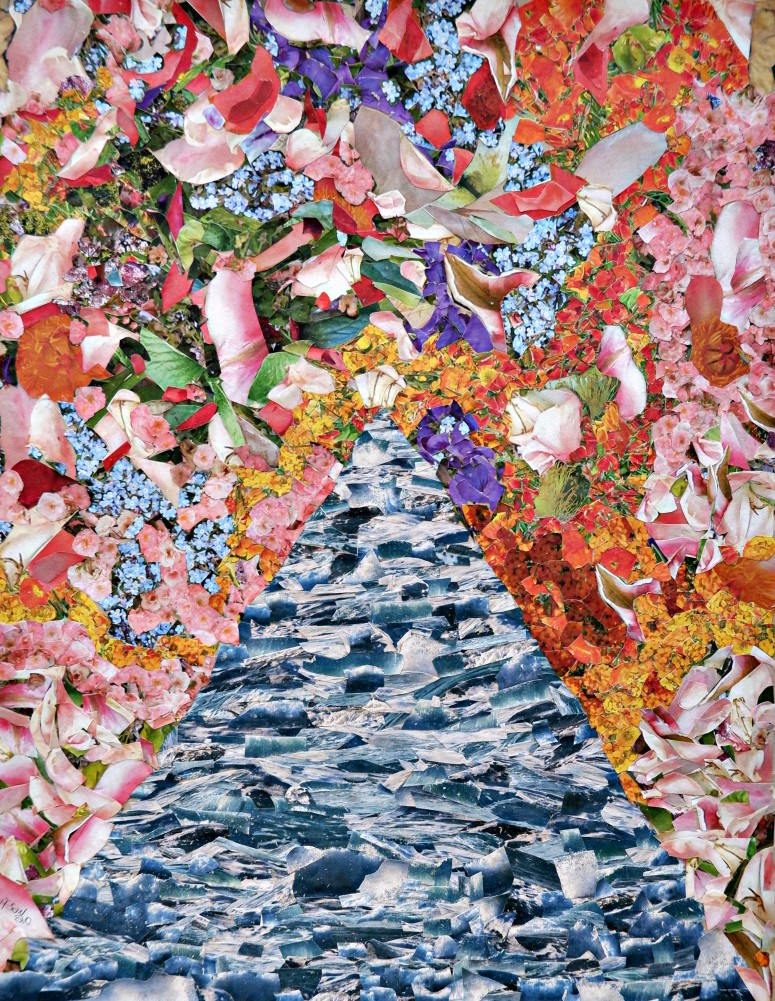 I work within several mediums now. All are taken seriously, with none being considered second class citizens within my oeuvre. My favorite thing is to conjure up flesh in paint. Next on the list would be drawing faces. I never caricature the subject, doing a sort of raw reportage. This means I put in all the little imperfections of which I posses my share.  I do prefer portraying an extreme emotion. Unlike a potentially phony smile or the staid visage which a lot of us offer up to the world when aware of being watched, it is real. The real for me will always be beautiful. Regardless of what else I have done during the day every single night I draw too. One benefit of all the time I put into the pencil is that I have become fairly quick in executing portraits. This is a sample of evenings over past week or so. 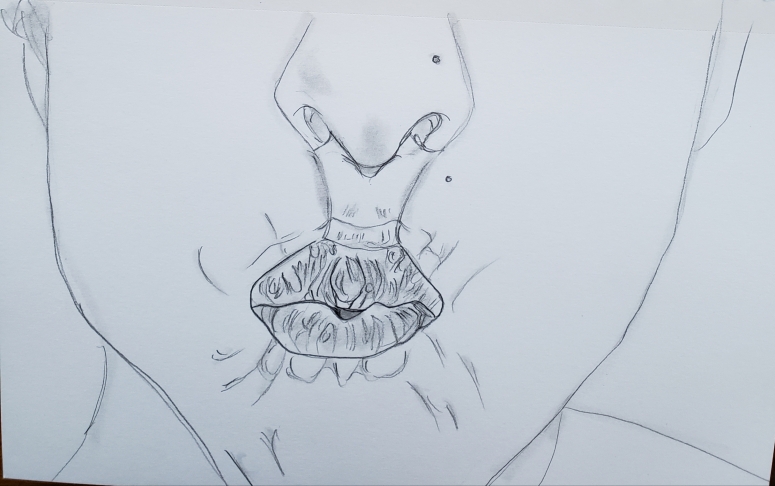 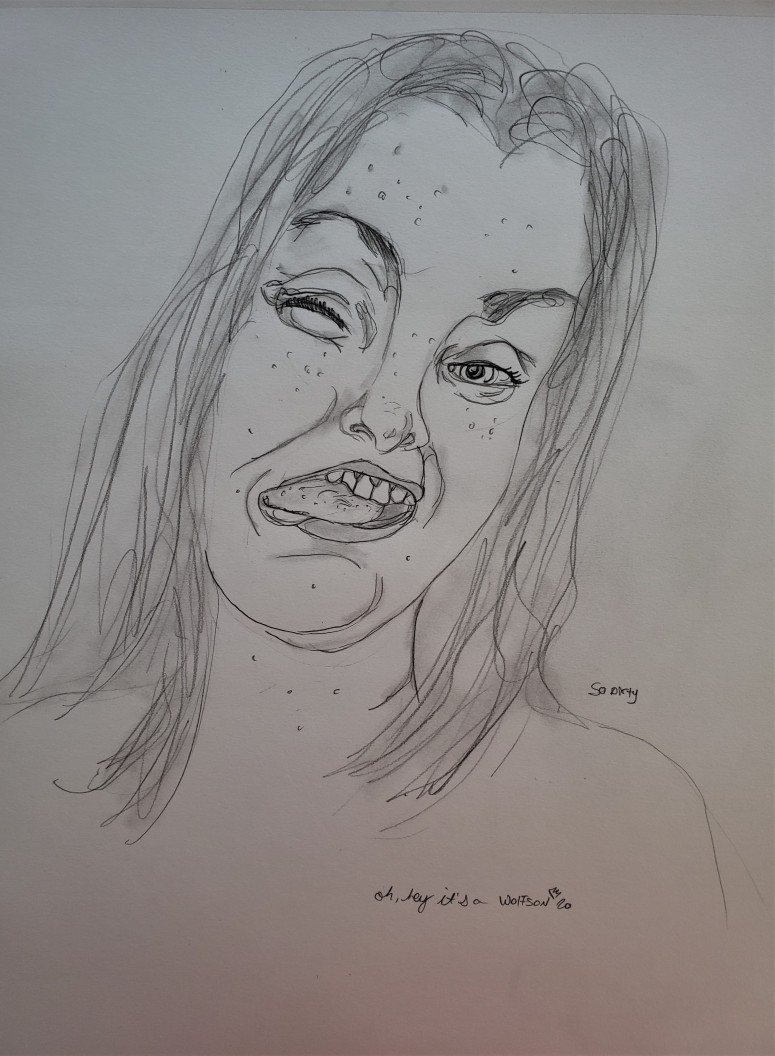 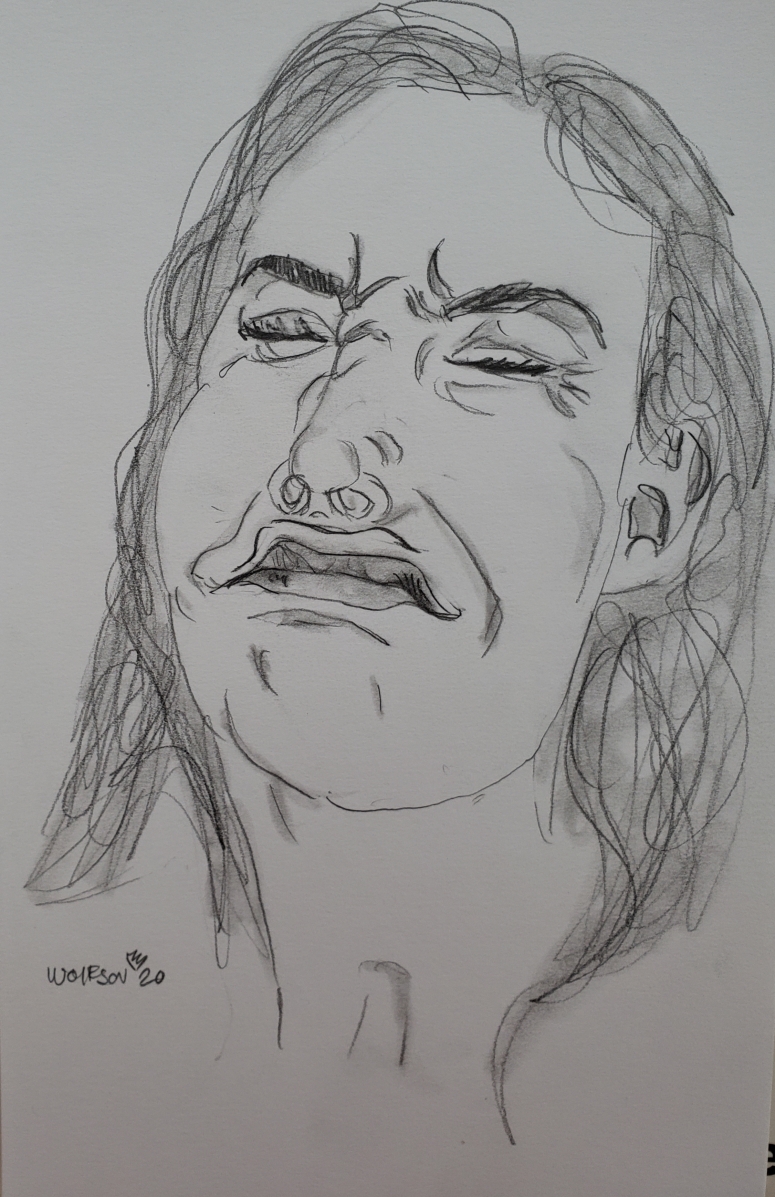 During having to stay home she took sun baths on her balcony. From there she could see into my studio window, watching me work. Hers was one of many faces who while away the time taking in the mellow rays of the sun, which after an hour or so almost managed to trick the body into thinking everything is all right,  watching me work. when I finished a piece I would turn it towards window so she could see what I had been working on. shyly at first, she started informally modeling.

To me, the real is always beautiful. It facilitates emotions which in turn allow the viewer to return to a work over and over without becoming bored.

The size of my works is intentional. Their size helps bolster the feeling of happening upon a scene from an open ended story. Shelter in place has shown a lot of us that our living space is smaller than we realized. The wall sized pieces so often emphasized make a collector live under the piece and not with it. The larger size and familiarity also eventually creates the effect of a work just becoming first visual static, then merely a wall. My smaller pieces engage the viewer as one is making the choice to look at it rather than having it loom over them.

I also keep in mind the burgeoning collector who is just starting to collect. Large pieces, especially for an apartment dweller can dictate the style of the collection while also limiting the amount which can be displayed. I want my works to be able to be included in a collection as it and the collector’s tastes grow.

Ultimately bigger is not better, there is just more of it. 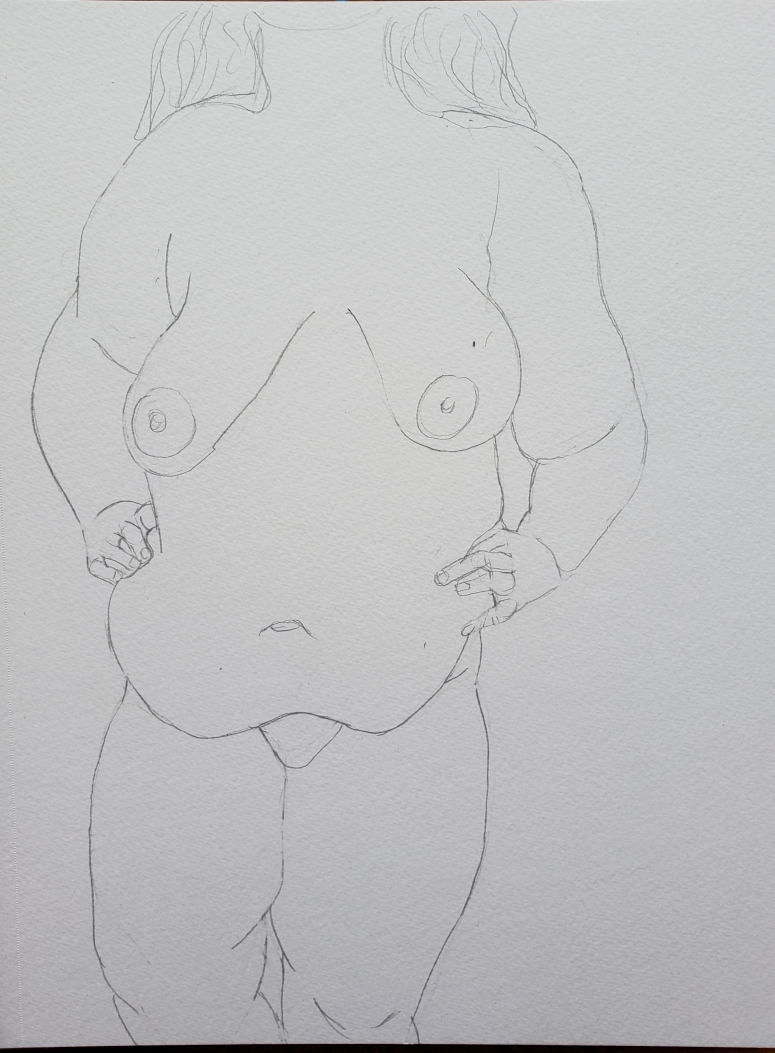 This is the face of a nurse showing the effects of wearing a mask 65 hours worth of shifts in six days. She is one of many heroes putting it on the line for strangers asking for nothing, no glory or even mention, in return.

There will be no parades, nor most likely can we ever adequately thank all who acted without hesitation to try to make a difference. In my more jaded moments, I imagine once this is over, people like her finally wearily able to take a moment to sit down as throngs of people rush past them, not even slowing down as to get to the store to buy armloads or microwave pizza pockets or to the beach to take side standing poses to post on Instagram. That’s probably at least for North America, close to the truth. The hope however is that going forward  we find a better way from how we were as a society, “returning to normal” not necessarily a good thing.

I thank and salute these people regardless of how collectively they are treated after the fact.

This is watercolor on 9×12 paper. I used a brand new paper which I liked and will continue to use. 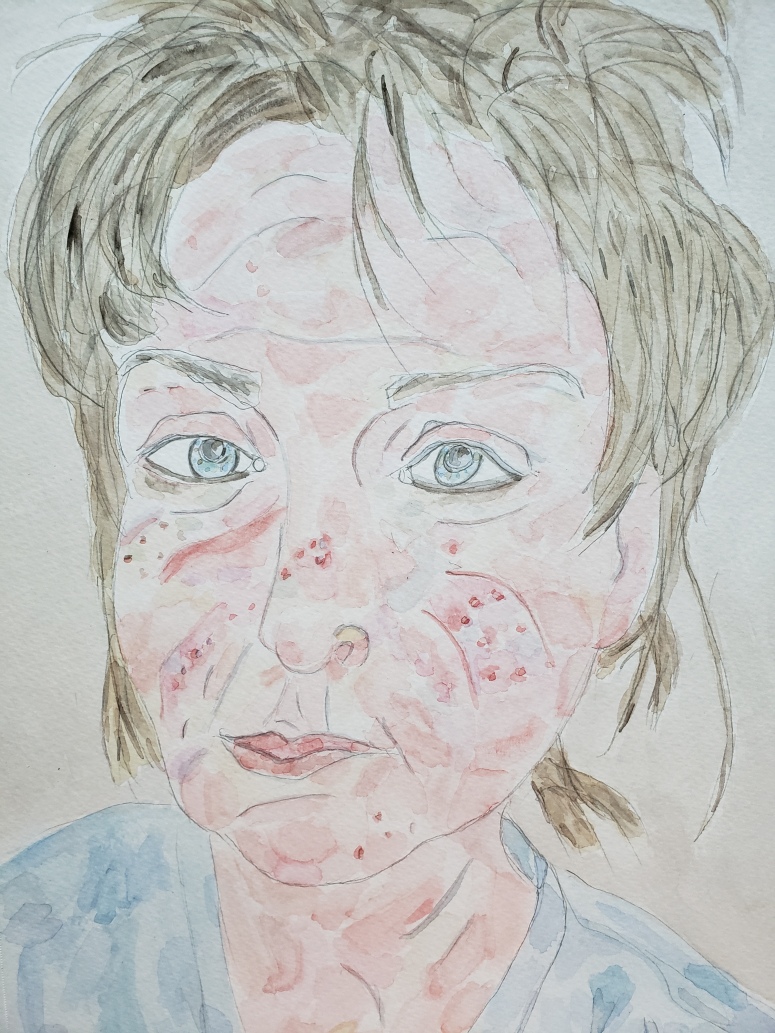