Fairly soon after the selfie became part of North Americas’ cultural heritage (along w/Netflix) word spread from those “in the know” of the ideal position of the camera for a selfie (slightly diagonally above the head angled down from the left).

Social media and personal pages are now a glut of girls & women falling between specific ages regularly posting photos, bodies semi twisted to the side, camera in the now familiar angle, mouth forming the assumed to be sexy duckbill.

There is now the male equivalent of “the pose”

I was watching television. An I-Phone commercial came on. It showed a young collegiate in shorts on break at a beach. He went to take a selfie w/the surf at his back. He tilted his head to the left and partially opened his mouth in the manner of the beginning of a smile. (he might have also given a thumbs up, if he didn’t literally you got the feeling he meant to)

The show merely worthy of folding laundry to came back on.

The next commercial was a fit middle aged man w/silver hair . The advertisement was for a travel service where you can compare hotel rates and do specific search comparisons (i.e with a pool et al).

He then went on to say that it was how he found his great room w/an ocean view. A blue screened view was behind him as he raised his phone tilted his head sideways and half opened his mouth, start of smile, thumbs up and click.

What had been “ideal” poses are now hackneyed and overdone. While technically it may still help hide the start of a second chin or other imperfections that can’t be wished away, there is a sameness to all these images which renders them devoid of any flavor and personality.

We can now laugh or roll our eyes at the overly familiar poses. It will never go away though. It has become the standard.

Figurative art has its own version of these phenomenons.

Whether it is painting or drawing, i like to use amateurs as much as possible. The main reason for this is their manner of posing. I want natural body language. Emotion is the most important aspect of my work and the first step in achieving this is  honesty.

When faced with the task of posing for an artistic picture, what can rob it of its power is the subject striking a glamor or traditional pose. The traditional figure poses are still utilized in schools and classes. No matter how good the painter, it will always give the work an academic air which robs it of really compelling the viewer.

The pose of the subject also effects the composition of a work.

I reject the academic but also (sometimes) the “correct” compositional lay out of what the viewer sees where.

I like to think that most of my work conveys the feeling that the viewer is seeing a part of a story or a small self contained story. Some of the odd angles and unorthodox compositional balance bolsters tension & emotion facilitating this.

In real life when looking at someone, whether it is one table over in a cafe or laying on a couch, we do not necessarily see all of them or all of them in proportion.

To some who have formally studied or taken classes, unless doing a specific exercise it may seem awkward or counter intuitive  but it is well worth finding new ways to visually tell the story of a subject’s body besides the tried & true. 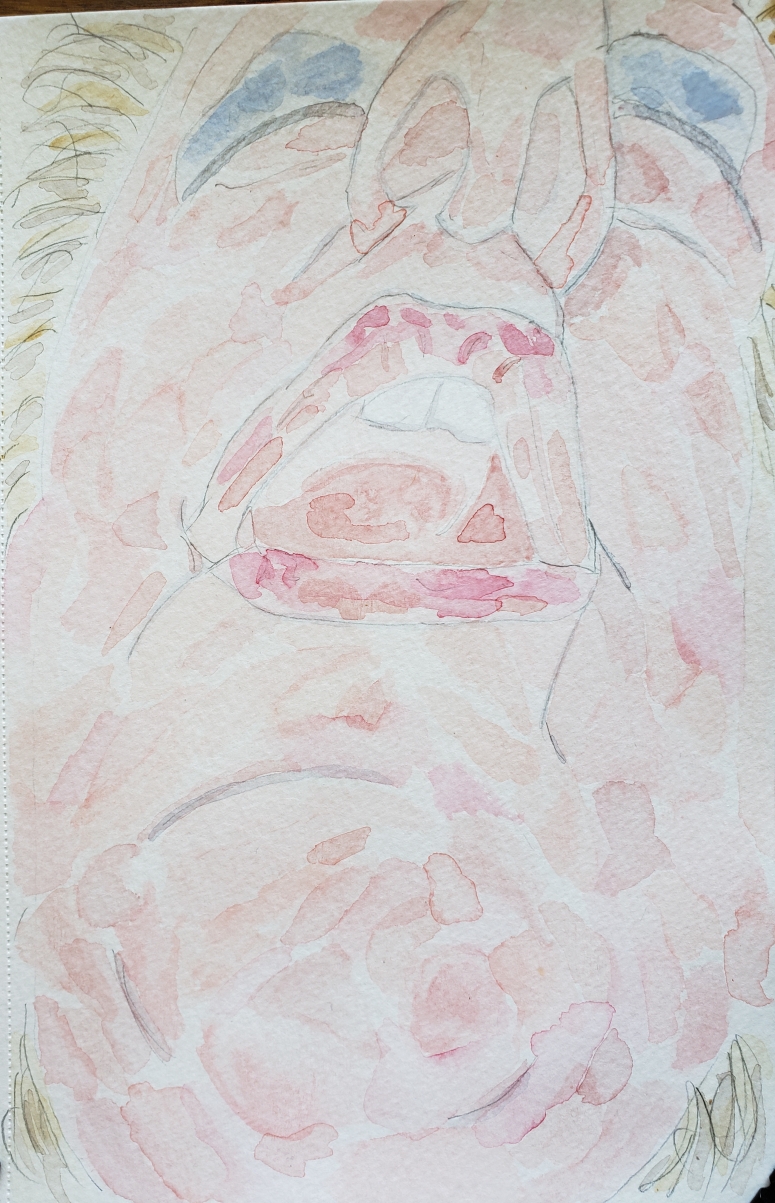